Origin and distribution: The hairy thin tailed type of sheep originated in western Asia, and entered Africa through the Isthmus of Suez and Bab el Mandeb. Until the third Millennium BC, the hairy thin-tailed sheep was the only type of sheep on the African continent. Domestic sheep had reached Egypt and other parts of North Africa by 5000 BC (Epstein 1971). Djallonke sheep inhabit the area south of latitude 14° N including the coastal areas of west and central Africa. These include Nigeria, Dahomey, Ghana, Ivory Coast, Guinea, Senegal, Cameroon, Gabon, Congo and Southern Mali. They are also found in Angola and Botswana. In Nigeria it is called Nigerian dwarf; in Chad, it is called Kirdi or Lakka, and in Cameroon, Fouta Djallon the Djallonké (Mason 1951).

Physical characteristics: They are generally white coloured although usually spotted with black or red colours. Tan with black belly is also common. They have a wither height of 40-60 cm and a body weight of 20-30 kg; these measurements indicate their characteristic small size (DAGRIS 2005). The horns of rams are crescent shaped with angular cross sections; the ewes are polled or have tiny scars. The eyes are large; their back is straight; their tail is fairly thick at the root growing thinner till it terminates at the hocks. Male have a throat ruff and mane. They are hair type.

Peculiarity: The Djallonké sheep are known for their adaptation to the tropical hot and humid environment of West Africa, and are considered tolerant to trypanosomosis infections (Osaer 1998,2000; DAGRIS 2005).

Breed status: The population number for the Djallonké is estimated at 1.8 million in Ghana, half a million in Guinea and considerable number (data not available) are found in other Western African countries (DAD-IS 2005). Thus it is not at a risk of disappearance [CS 1.19 by Yapi-Gnaore]; [CS 1.23 by Fall].

Armbruster T. Peters K.J. and Hadji-Thomas A. 1991a. Sheep production in the humid zone of West Africa. III. Mortality and productivity of sheep in improved production systems in Côte d'Ivoire. Journal of Animal Breeding and Genetics. 108: 220-226.

Armbruster T., Peters K.J. and Metz T. 1991b. Sheep production in the humid zone of West Africa. III. Growth performance and liveweight of sheep in improved and traditional production systems in Côte d'Ivoire. Journal of Animal Breeding and Genetics. 108: 210-219. 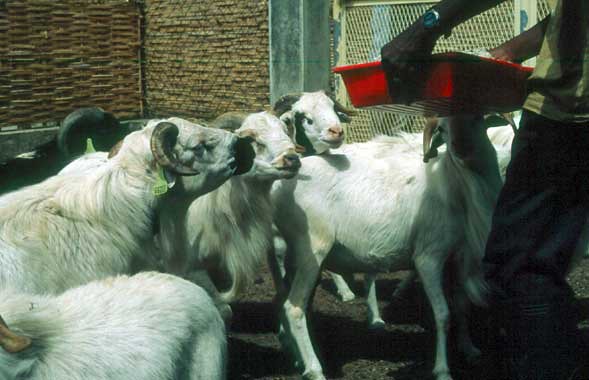 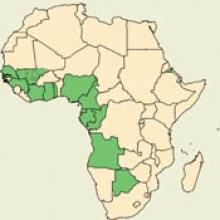 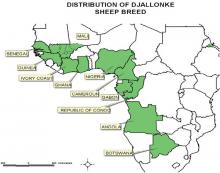 ILRI is a CGIAR research centre
ILRI thanks all donors and organizations which globally supported its work through their contributions to the CGIAR system
AGTR is a product of ILRI, SLU, EU and AUIBAR Capacity Building Project. ||  Copyright and permissions